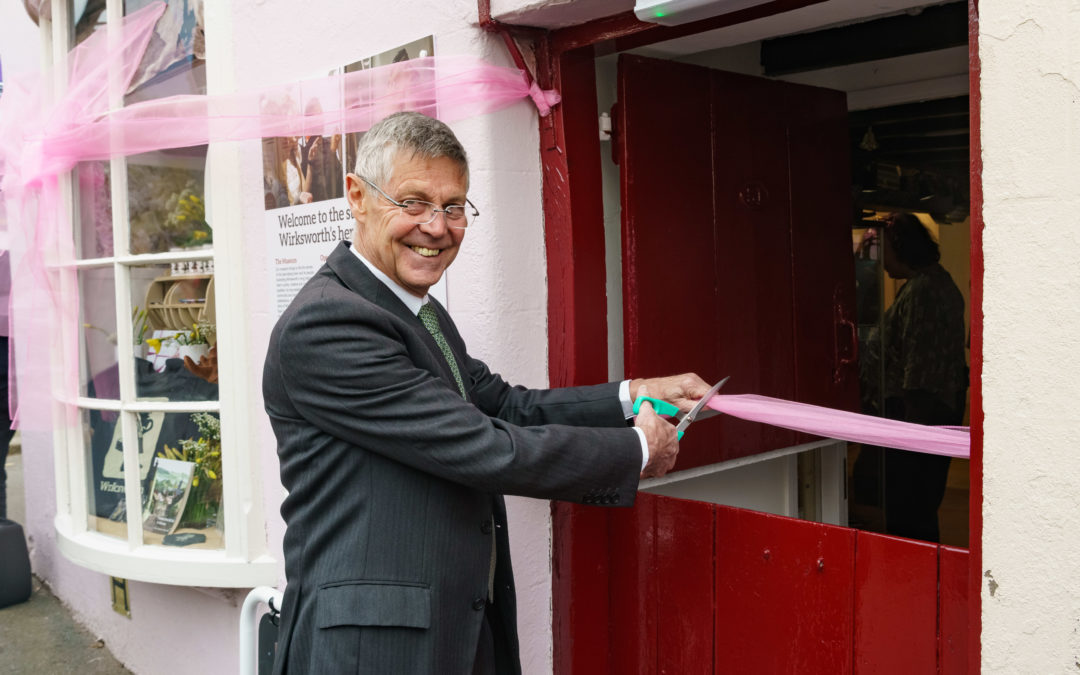 Thanks to Lottery players and a National Lottery Heritage Fund grant of £1.34m, Wirksworth Heritage Centre was officially opened to the public on Saturday 13th April. The opening was conducted by well-known journalist and broadcaster Matthew Parris, and attended by around 120 guests.

Commenting on the project and the opening of the new centre, Sally Barkley Smith, Chair of Wirksworth Heritage Centre, said:

“We are thrilled that the National Lottery Heritage Fund has seen the enormous value of heritage to our town and supported us with this project. It will mean that the wonderful history of Wirksworth will be more accessible and be brought to life not only for the local community, but also for many people and groups visiting the town. This project is the culmination of many years’ work by hundreds of people, including many volunteers from this community, so a really big thank you to all concerned”

Former conservative MP, Matthew Francis Parris is a journalist, political writer and broadcaster. Born in Johannesburg, he was educated in Britain and Africa, graduating from Clare College, Cambridge before going on to study International Relations at Yale. Matthew is a regular columnist for The Spectator and the Times, and presents the biographical program Great Lives on Radio 4. In 2015 he won the British Press Award for Columnist of the Year. He has authored a number of books, including Chance Witness, his autobiography which won the Orwell Prize in 2002. He served as the Conservative MP for the rural parliamentary constituency of West Derbyshire from 1979 until 1986.